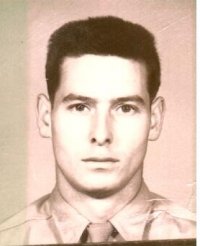 He was Retired Military with 20 years of service in the Army. He served during W.W.II, Korean Conflict and the Vietnam Era. He was also a member of West Covington Baptist Church.

He was preceded in death by his Brother, Raymond C. Sumner. He is survived by his Sisters: Ruth Curley of Taylor Mill, KY, Ruby Jones of Tipp City, OH and Adalene Morris of Winchester, IN and Several Nieces and Nephews.

The Visitation will be on Saturday, August 27, 2011 at Connley Brothers Funeral Home in Latonia, KY from 9 A.M. until the Funeral Service at 10:30 A.M. Interment and Honor Guard Service in Highland Cemetery in Fort Mitchell, KY.