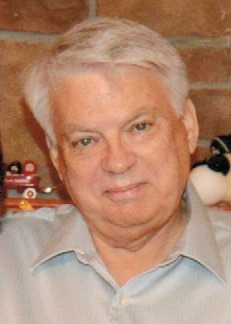 Russell “Russ” Kenneth Rohling, Sr., 71, of Edgewood, KY, passed away peacefully on Monday, February 19, 2018 at St. Elizabeth Hospital in Edgewood, KY. Born on February 18, 1947 in Berea, KY, Russ was the son of the late John and June (Jackson) Rohling. Russ battled heart disease and diabetes for many years.

During the Vietnam War, Russ enlisted in the U.S. Navy, serving on the U.S.S. Intrepid. He served two years of active duty and four years in reserve. Upon returning, he became a career police officer serving in Covington, KY and was a graduate of the FBI Academy while serving on the force. He retired from the Covington Police Department in 1995 as a Lieutenant with 26 years of service. Some of his most fulfilling times were spent serving and protecting the local community.

Russ was a life long learner and had many varied hobbies and interests. His parents started him on a lifelong love of model trains, particularly HO and O Gauge. He was a licensed private plane pilot, a licensed aircraft mechanic, a Norfolk and Southern Railway Engineer for a short period and a licensed HAM Radio Operator. Russ was an excellent mechanic and took pride in being able to repair items on his own. He shared his love of race cars and racing with his family and friends. In his younger years Russ could be found at Thorn Hill or Edgewater Racing, either as a participant or watching his family race down the track. Russ loved Science Fiction and Horror Classic Movies, particularly the Universal Classic Monsters. Russ was a long-time member of Kenton Game and Fish like his father before him. He enjoyed shooting trap and fishing. Other hobbies that he took up over the years included photography, military history and most recently he was learning about astronomy with the hopes of viewing the stars and planets with his family. Russ had a love for all animals and contributed to the SPCA. His favorite breed of dog was the Chow Chow, he had a 5-year-old male named Teddy along with a Shih Poo named Taffie.

In addition to his parents, Russ was preceded in death by his brother: John Rohling.

A Visitation will take place on Friday, February 23, 2018 from 11:00 A.M. until the Catholic Blessing at 2:00 P.M. at Connley Brothers Funeral Home, 11 East Southern Avenue, Covington (Latonia), KY 41015. Interment: Mother of God Cemetery. Memorials are suggested to The American Heart Association.

Russ was also an organ donor, as of this writing we know that two people have received the gift of sight by the donation of his corneas.

Please remember Russ in your thoughts and prayers. We will miss his humor, love and care for our family.

Online condolences may be expressed on Facebook or at ConnleyBrothersFuneralHome.com

I know all of you are heartbroken at this time. Hopefully your wonderful memories will bring joy back to your lives in the coming days. With sympathy, Terri Schulte

Dear Mary Lou,
My sincere condolences in the loss of your husband, and my friend Russ.
I hope you can find some comfort in knowing that his suffering is over, and now he is with my brother Tommy, Frank, Tom, and others he loved to be with in life.
Know also that I will keep Russ, you and your family in my thoughts and prayers.
May he rest in peace.
With love,
Denny

Sorry for your loss. Russ showed great courage during his battles with heart disease and diabetes. He was a role model for his children and grand children. I will not be at the services this Friday. Gene’s brother Bill died as well on Monday. We are leaving today to New Jersey for his funeral on Friday.
Peace to your famly.
Leslie and Gene Koehl