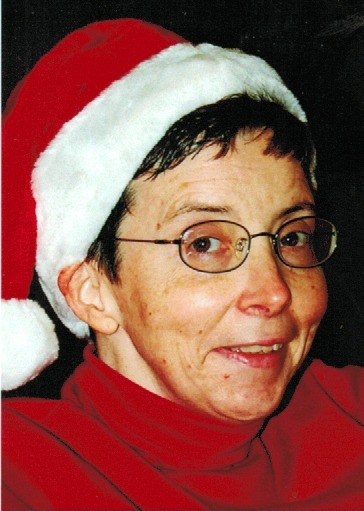 Teresa Ann Trump, 59, of Edgewood, KY passed away on Sunday, February 14, 2016 at St. Elizabeth Healthcare Hospice in Edgewood, KY. She was a retired Registered Nurse. Teresa was preceded in death by her Parents: Milton and Patricia Trump. Teresa is survived by her Sister: Bianca (John) Wellbrock; Brother: Robert Trump; Niece: Lisa (Carl) Dieso; Great Niece: Isabella Dieso and Great Nephew: Max Dieso. A Memorial Mass of Christian Burial will be held at a later date. Memorials are suggested to National Parkinson Foundation c/o www.parkinson.org. Online condolences may be expressed at www.connleybrothersfuneralhome.com.

I met Teri in 1988 while working as an RN at UC. My position was a fill in nurse and I was always glad to see Teri when I was assigned to her unit. Later she also changed her position to fill in. We developed a friendship which I hold dear and will miss her even though we haven’t seen each other in years. Sincere sympathy. Christy Grober