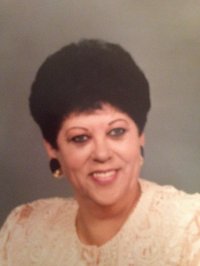 Velmetta Dicus, age 70, of Ellenton, Florida, formerly of Independence, KY, passed away on June 15, 2012 at the Manatee Memorial Hospital in Bradenton, Florida. She was a member of the Lakeside Christian Church and worked many years as a Waitress. Velmetta was preceded in death by her Husband: Charles Wilbur Dicus in 2009. She is Survived by her Sons: Robert Drake, Robin Drake, and Rick Drake, Father: Ercil Walthers, Brother: Don Steiger, 4 Grandsons and 1 Great Grandson, and Best Friend: Baby. Visitation will be held at Connley Brothers Funeral Home in Latonia, KY on Friday, June 22, 2012 from 4 PM until 7 PM, followed by the Funeral Service on Saturday, June 23, 2012 at the Funeral Home at 10 AM. Entombment will be at Forest Lawn Memorial Park in Erlanger, KY. Memorial Contributions are suggested to the Kenton County Animal Shelter 1020 Mary Laidley Dr. Covington, KY 41017. Online Condolences may be made at www.connleybrothersfuneralhome.com

Wally,
You and your family will be in our thoughts and prayers.
Jim, Jeanne, Kim, Eric, Brian, Mike.

Good bye my dear friend until we meet again. It was an honor to have known you
Janie