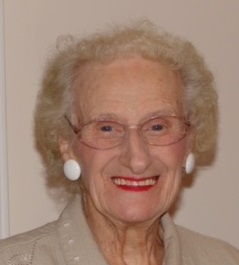 Virginia Southworth, 93, formerly of Taylor Mill, KY passed away on Monday, November 16, 2015 at Gallatin Health Care in Warsaw, KY. Virginia was a member of the Kingdom Hall of Jehovah’s Witness. She was preceded in death by her Husband: Leonard W. Southworth. Virginia is survived by her Daughter: Deborah Jane Allen; Sons: Paul (Joan) Southworth and Terry (Sherry) Southworth; 6 Grandchildren; 11 Great-Grandchildren and 2 Great-Great-Grandchildren. A Memorial Service will be on Monday, November 23, 2015 at 11:00 AM in the Chapel at Floral Hills Memorial Gardens in Taylor Mill, KY. Memorials are suggested to the Charity of the Donor’s Choice. Online condolences may be expressed at www.connleybrothersfuneralhome.com.