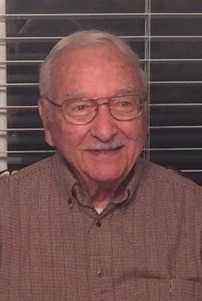 Dave, Lisa and boys,
I am so sorry for your loss. I know that Dave and his father were extremely close. I can remember several hunting stories that he has shared. Sending my love, thoughts and prayers to you and your family during this difficult time.

Bill was my very first boss I had at First National Bank. He was the lock box manager when I started my banking career in 1972. He was by far one of the best bosses I’ve had in my 45 year’s in banking. He was very patient and kind to his employees and respected by all.

My deepest condolences to the family. Bill was a great friend of my dad’s and worked with him at the bank. He took some time with me when I was a youngster to sharpen my fishing skills while at the Kenton Game and Fish lakes.

Thoughts and prayers to you all. May he rest in peace.