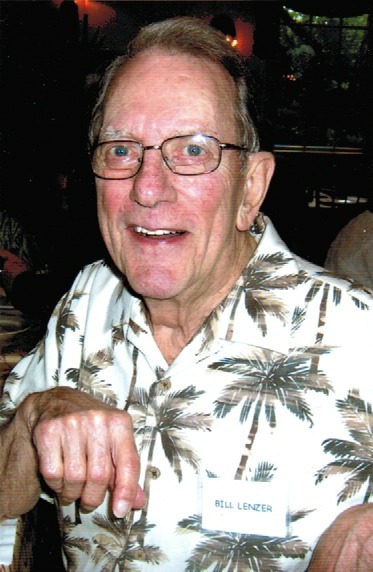 WILLIAM HOWARD LENZER, 88, FT. MITCHELL KY. Loving husband of Rosella Hanekamp Lenzer for 62 years; dear father of Kathryn (Jay) Whittle, Tricia (John) Gottschall, dear grandfather of Lindsey Whittle (Clint Basinger), Shaylah Whittle, Zaylee Whittle, Brittany Gottschall. Preceded in death by parents Charles and Henrietta Lenzer, and siblings Glenn Lenzer, Ray Lenzer and Dorothy Todd. Bill grew up in Latonia, and was a 1948 graduate of Holmes High School. Bill and Rosella were married at St. Boniface Church in Ludlow, KY on September 17, 1955. Bill was a retired electrical engineer for Cincinnati Bell, where he was employed for 35 years. He also designed and crafted monuments and markers in his free time with his late father-in-law, Bill Hanekamp, at the Hanekamp Monument Company in Bromley, Ky. Bill had his pilot’s license and co-owned a small airplane in his 20’s. His passion was building and flying model airplanes. He also enjoyed tinkering with his 1971 Corvette and was able to take apart and fix anything mechanical. He served in the U.S. Navy Reserves for 12 years. Bill was also a member of the Cincinnati chapter of the Southern Gateway Chorus for 12 years. He very much enjoyed traveling with his wife, Rose, along with the other chorus members. They performed in Russia, New Zealand and at the Carnegie in New York City. Many would describe Bill as a kind person, who was always ready to help out family and friends, as well as strangers. He loved to fish, and took many fishing trips with his brother Glenn to Michigan. Always ready to tell a story or joke, Bill was usually the life of any party. A Visitation will be held on Sunday, August 19, 2018 from 1:00 P.M. until 4:00 P.M. Prayers at Connley Brothers Funeral Home, 11 East Southern Avenue, Covington (Latonia), KY 41015. A Mass of Christian Burial will take place on Monday, August 20, 2018 at 12:00 P.M. (Noon) at St. Agnes Church, 1680 Dixie Highway, Fort Wright, KY 41011. Interment: Mother of God Cemetery. Memorials may be made to St. Agnes Church in Ft. Wright, KY. Online condolences may be expressed on Facebook or at ConnleyBrothersFuneralHome.com

We are so sorry for your loss. Bill was such a good friend to Patti and Bill and they had so many good times together. I remember him talking about the trip to Russia. That had to have been so exciting. Bill leaves a great legacy in his good works and with his children and grandchildren.